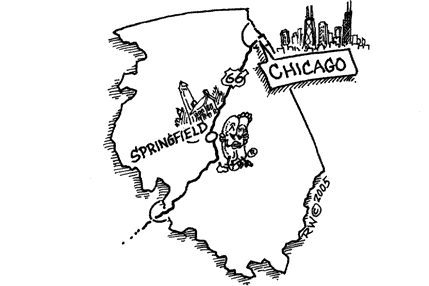 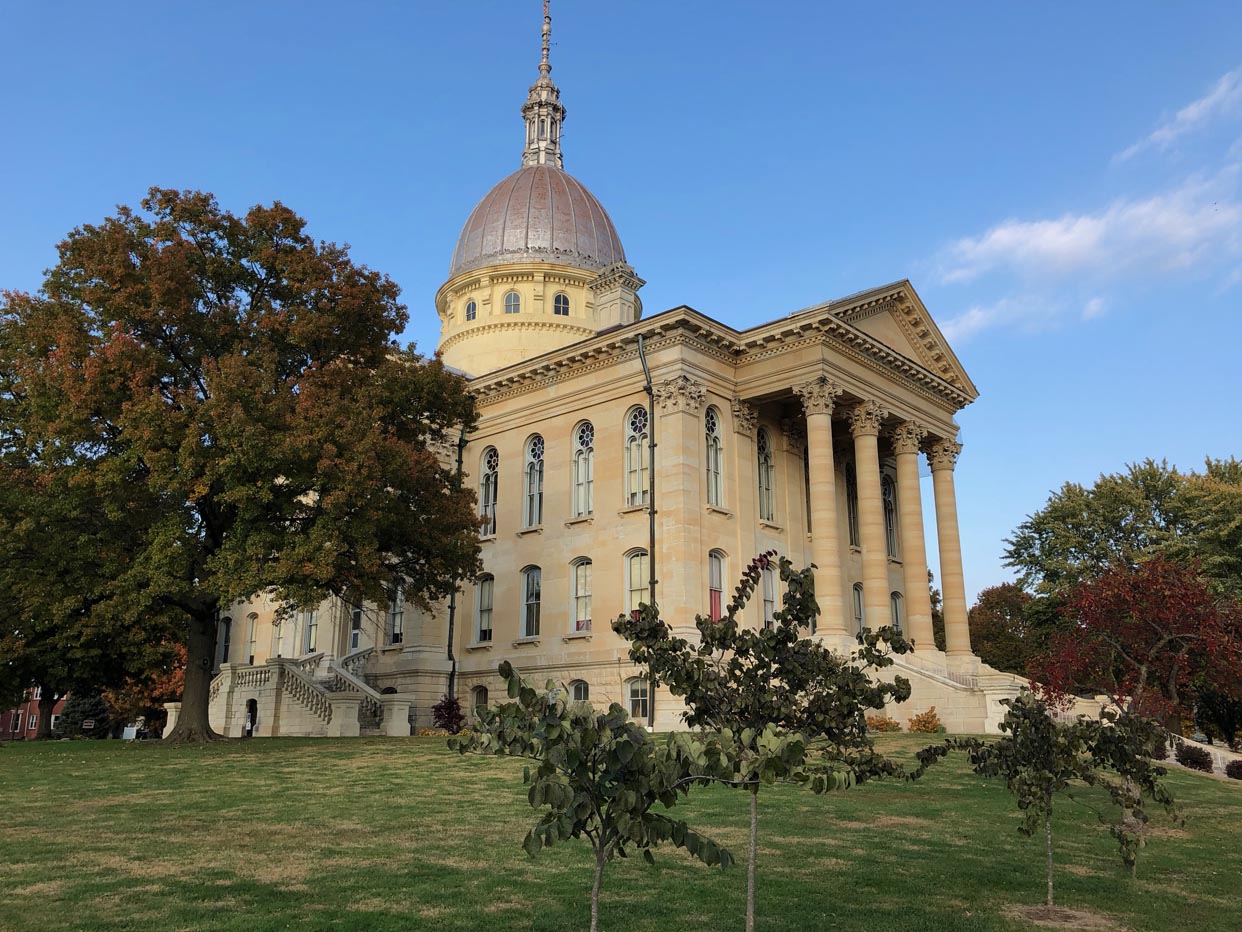 Printing this description can take a lot of time, so you might want to consider buying commercially available alternatives such as the 8 map set and the EZ66 guide.

exit Gardner on the frontage road southeast of I-55.

Route 66 is stuck between I-55 and the railroad.

There are a number of options for passing Dwight:

X, a choice of alignments is available:

After the Interstate veers right, turn left on Odell Rd. into town when historic highway 66 veers away from the railroad track.

At the intersection 2nd st. continue straight on West St.

Across of the Saint Paul’s church, you can find the entrance to a 1937 built pedestrian tunnel under Route 66, known locally as the “subway”. The entrance was filled up in the 1950’s but the first 3 steps and the railing has been replaced in the spring of 2006 by the Illinois Route 66 Association.

Old restored Standard Sinclair gas station also known as the Odell Station located at 400 S West St. The award-winning station acts as information center but was built in 1932 and served travelers on Route 66 till it eventually closed in 1975. It’s been restored by the Illinois Route 66 Association and their preservation committee. Special thanks to John and Lenore Weiss for their time and effort to this project.

Before Pontiac: Meramec Caverns Barn 44/66 on the right-hand side, about 0.5 miles after the road becomes a 4 lane road, turnout available. It’s also known as the Cayuga Barn.

Old Log Cabin Inn, at the intersection of Pontiac Rd. (2 lane 66) and the 4 lane 66 on the north edge of town at 18700 Old Rt. 66
This building wasn’t always facing this side, it originally faced the much older Route 66 alignment behind the building, but was lifted and turned 180 degrees when the alignment changed.

Continue on Ladd St. as it rejoins the railroad.

An old bridge was preserved by the Illinois Route 66 Association. The bridge features an old painted sign designating it as part of IL-4 as well.

Ladd St. straight ahead dead-ends but was Route 66.

Rodino Sq. Building used to be a Pontiac attraction till 1989.

The old police headquarter, built in 1941, was located just south of Pontiac. The remarkable thing about the building is its shape: a pistol.

Site of the former Chenoa motel.

Former site of the Graham and Bennion Elevator, better known as the Ballard Grain Elevator, located in what used to be Ballard, 4 miles from Chenoa on the southeast side of the old road. It was demolished on Jan 20th, 2006.

Lexington motel (now apartments) at the intersection of Bypass 66 and Main.

Route 66 – A geographic Journey: an abandoned stretch of old Route 66 on the north side of Lexington, walkable, built by students. It’s also known as Memory lane.

At the stop sign at the Jefferson St intersection, you have a choice:

Back to Illinois Find more advices for your trip plannig