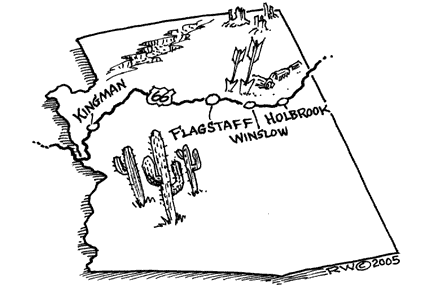 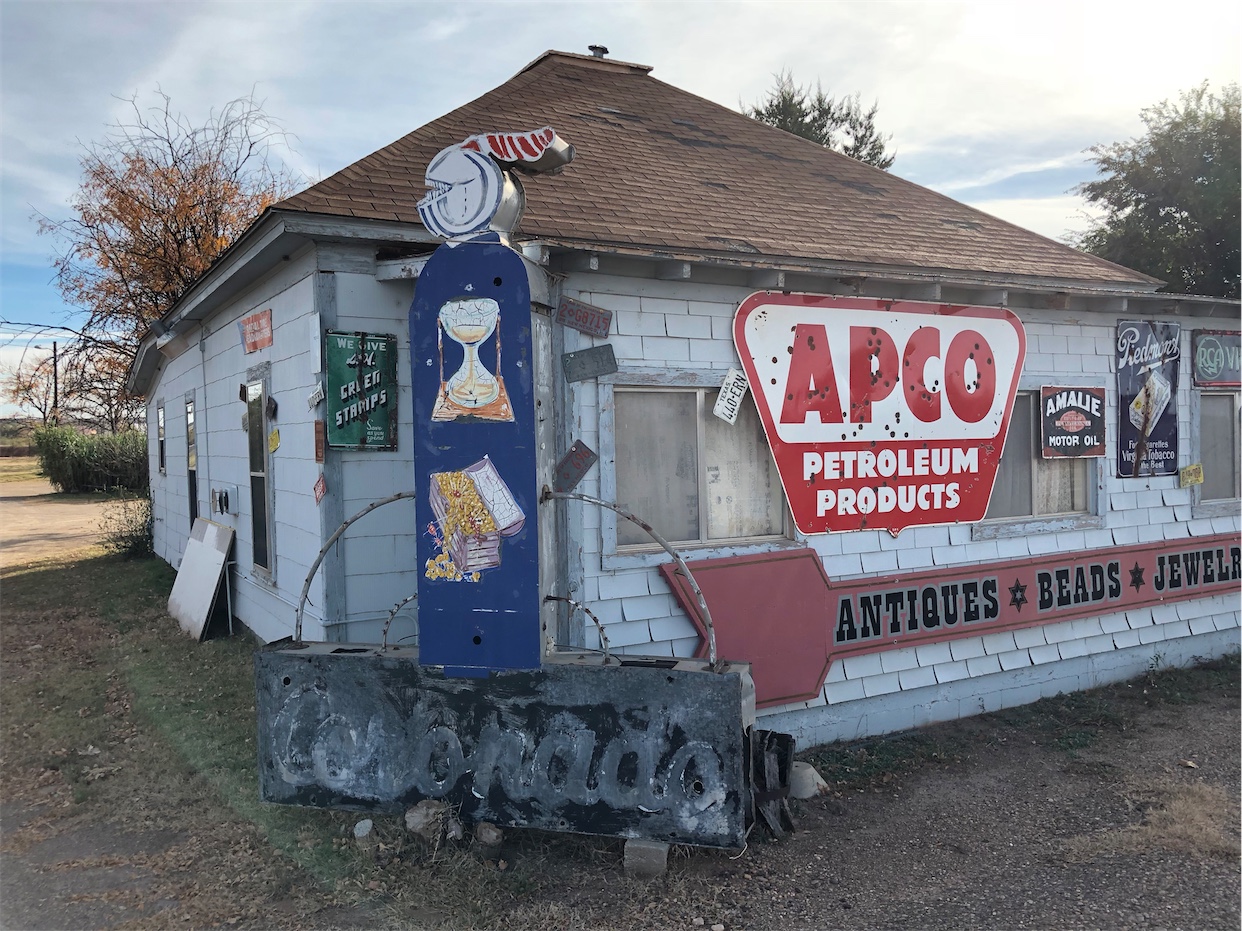 Cross to the south side.

Turning left to the dead-end at the east, is also Route 66 and it leads to the Minnetonka Trading Post.
Note the front of the building made of petrified wood.

‘The’ corner from The Eagles’ song “Take it Easy” is at 2nd St. and Kinsley. A fire destroyed the building behind the statue in October 2004. The wall with the mural is still there and might get saved. The site was closed due to the danger posed by the still stnading wall in the summer of 2005.

La Posada, a former Harvey House on the south side at 303 E. 2nd St. Has been restored to a working hotel.

West of Winslow, turn right at the access to I-40.

The pre 1951 alignment is on the right of I-40 (undrivable beyond where the frontage road ends.

To the north was the pre 1940’s alignment, however it is private property now.

After 2.5 miles on I-40, to the right: old Route 66 bridge over the railroad (Sunshine overpass) [private property].

Old bridge on Route66 at the south side.

Near the south side rest area is the former Meteror Crater Observatory (ruin), when it was open one could see meteor crater with a telescope from there.

To the southwest is the former tourist place. Things here included among others a small zoo (mountain lions sign).
Waring: be carefull exploring this area, it’s not maintained!

The road did take a more southern route through Canyon Diable till the 1930’s.

Cross Canyon Diable on I-40.

Former Toonerville Trading Post is on to the east.

The former truck stop is to the west on the southern frontage road.

Padre Canyon Bridge is to the northwest just past the Twin Arrows exit on private property. Access from exit 211 (Winona) and heading back over unpaved roads to the north of I-40.

Back to Arizona Find more advices for your trip plannig