What are the telecommunication options for international visitors on Route 66?

FAQ What are the telecommunication options for international visitors on Route 66?
Back to FAQ overview 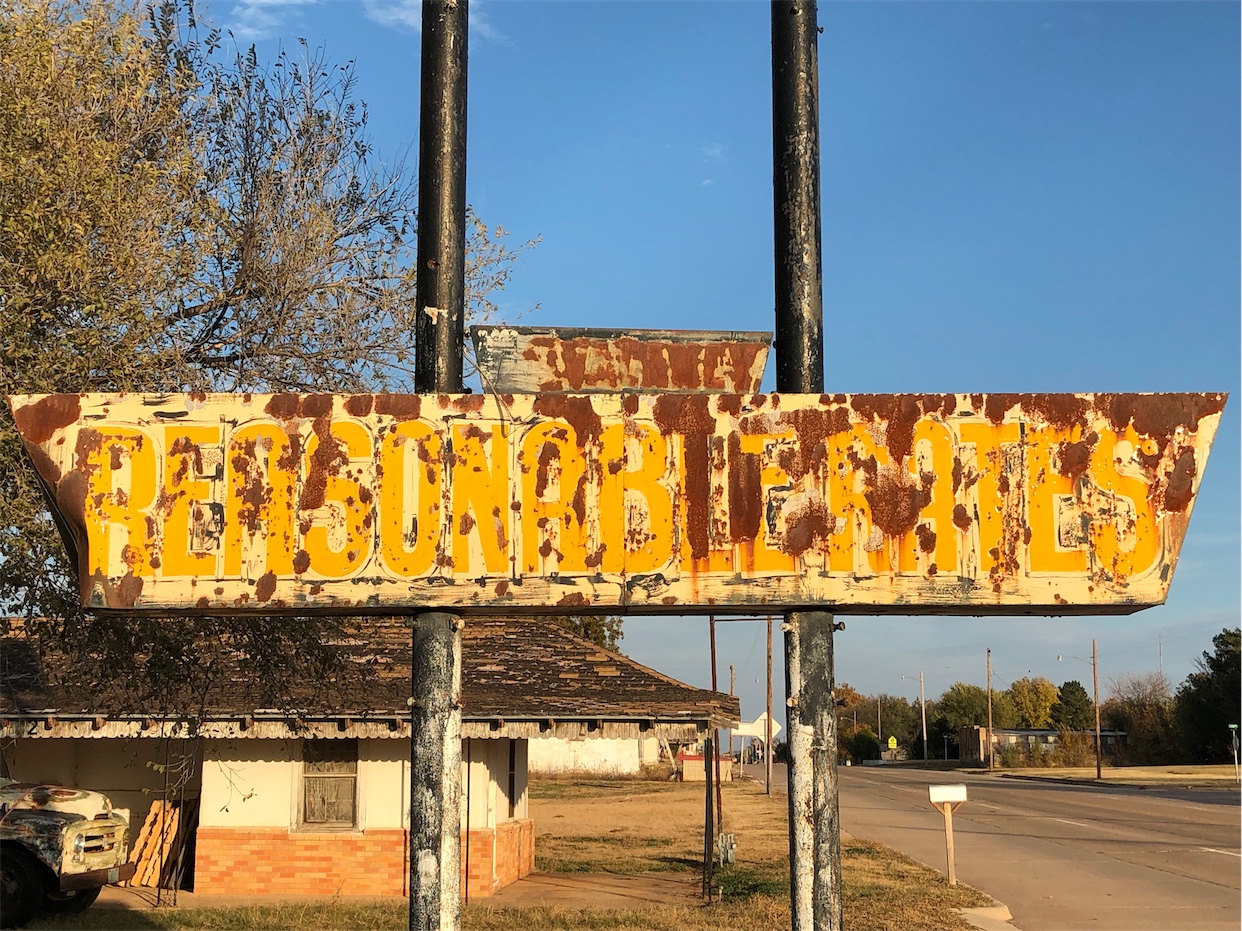 What are the telecommunication options for international visitors on Route 66?

It’s more complicated than many expect it to be. Also, all of the considerations make it tricky to rely on the experiences of others as their usage patterns, devices, and home operators can differ substantially from yours.

These are options for overseas visitors to the USA, aimed more specifically at those embarking on a Route 66 trip that brings one through big cities just as well as through desolate rural areas.

We’ll give a quick overview of the options first and explain it in more detail after that. Please read it carefully as mindlessly using roaming data abroad like you do at home can cost you many tens of thousands of dollars.

Note: this guide does not apply to those from Japan or South Korea or any other country not using a GSM-based network.

To determine the best option, you need to consider:

The US telecom players:

There are only 2 operators that have their own nationwide GSM compatible infrastructure in the USA:

Operators Verizon and Spring use an incompatible network based on CDMA (Code Division Multiple Access) technology instead of GSM (Global System for Mobiles). For overseas visitors that rules out using equipment from home on their networks.

There are also resellers on some of the networks. We don’t cover the resellers as it only leads to more complexity.

On top of the GSM signals come the LTE signals used for high-speed internet access.

Even though Verizon and Sprint use LTE for their high-speed networks, your GSM phone cannot access it.

Unfortunately, picking a GSM-based network isn’t enough as there is an important difference in the used frequencies by the operators in the USA and other regions of the world.

For voice: To get the best service possible you need a so-called “world phone” or “quad-band” phone: it can roam onto all of the US GSM networks. Phones such as an Apple iPhone or high-end android phone typically are quad-band or better. A triple-band phone is going to be usable in some areas of the USA, but not everywhere where a quad-band would be usable.

For 3G data (UMTS/HSPA+): you need a device that supports the frequencies used by the operator in the USA.

For fast Internet (4G data/LTE) the situation is a lot worse than for voice and 3G as your device needs to cover the frequencies used by the operator of choice where you travel through to give you the experience said operator promises. As Route 66 covers almost 2500 miles (~4000 km) across dense cities with skyscrapers over plains and deserts where next to nobody lives, your device needs to support next to every frequency licensed to the operator of your choice to get an optimal experience.
If you miss one of the more exotic ones, that won’t hurt too much overall on Route 66, but miss just a few too many, and you will quickly get a very awful experience.

FWIW: there is no overlap between the LTE frequencies used in the USA and other regions around the world. So, devices that only support your home LTE frequencies and work perfectly fine there will not work at all in the USA (and vice versa). Sometimes they can fall back on 3G or even Edge, but those are far slower.

None of the US networks have full coverage everywhere. There are very desolate areas in the USA, and Route 66 passes through some rather desolate ones, so while your odds of finding a voice signal are still pretty good in most places due to the proximity of the Interstates, your luck when it comes to high-speed internet in such areas is going to be (significantly) more problematic.

If you need access in a remote area, try to get closer to the Interstate or an exit as odds are typically better to get a signal there.

The operators are still expanding their network, so coverage gets better every year.

Keep in mind that as your device misses out on some of the used frequencies, the coverage for you will be significantly worse than what the operator actually offers.

In the end, for voice use, the coverage is going to be reasonable throughout most of Route 66. 4G speeds are not going to be good enough to rely on it for navigation purposes. So, make sure that you can see maps, find Route 66, etc. while being offline.

At the time of writing we know that some things are planned to change:

Selling phones vs. selling a connection

Most end-users and even some junior phone shop staff have never heard of a SIM. CDMA operators don’t use them at all. The typical approach by the vendors is to sell a device and a “plan”. The SIM, if needed, comes along for free.

To get going, seek out a bigger dedicated shop of AT&T or T-Mobile and instead of trying to get a SIM (what you need), explain that you want to sign up for a prepaid plan on your existing device (Bring Your Own Device – BYOD). The (free) SIM will come on its own.

Marketing names and packages change rather often. Still, if you persist a bit, you’ll find it on the operator’s website, or walk into the store and tell them that you want a prepaid plan for the device you already have.

Buying the SIMs online from the operators themselves is typically very difficult if you don’t live in the US. In contrast, the process in-person in a company store in the US is quite painless.

Take care with phone shops away from the big company branded ones: some of them are pretty shady. Similarly, there are online places that sell activated US SIMs and ship them around the world. But they charge you a lot in the end for a service you can obtain for free from the operator themselves once you’re in the US. Moreover, activated SIMs have a limited “shelf-life”: they need to be used once activated, or they get deactivated again (can be down to mere weeks). Once deactivated you lose any money on them.

Prepaid plans from AT&T are limited in where they allow your device to connect to their network. E.g in 2019 they do not allow connectivity from their prepaid customers onto their network near the Grand Canyon nor near Monument Valley.

This is less of a problem if you stay on Route 66, but can be extremely frustrating when doing side trips.

Check their coverage maps for their PREPAID product as it differs from their normal map.

Locked devices do not allow for swapping of their SIM with one from a different operator. To be sure: check with your operator if you bought the device from them. Some operators offer an unlocking service (there might be a cost involved). Typically, the cheaper the phone was, the more likely it is locked. But the practice depends a lot on your location and operator.

Any phone (even without a SIM) should be able to call in emergencies the 911 number in the USA as long as it can find a compatible network.

Although the operator might map 112 to 911, it’s best to know and use the 911 number directly in the US should you ever need it.

Bringing a US device back home

If you plan on using a phone or MiFi device bought in the USA back home, the whole problem repeats itself in the other direction:

Note: This text is even with all the complexity still a significant simplification on the technical side of things.