FAQ How long is Route 66?
Back to FAQ overview 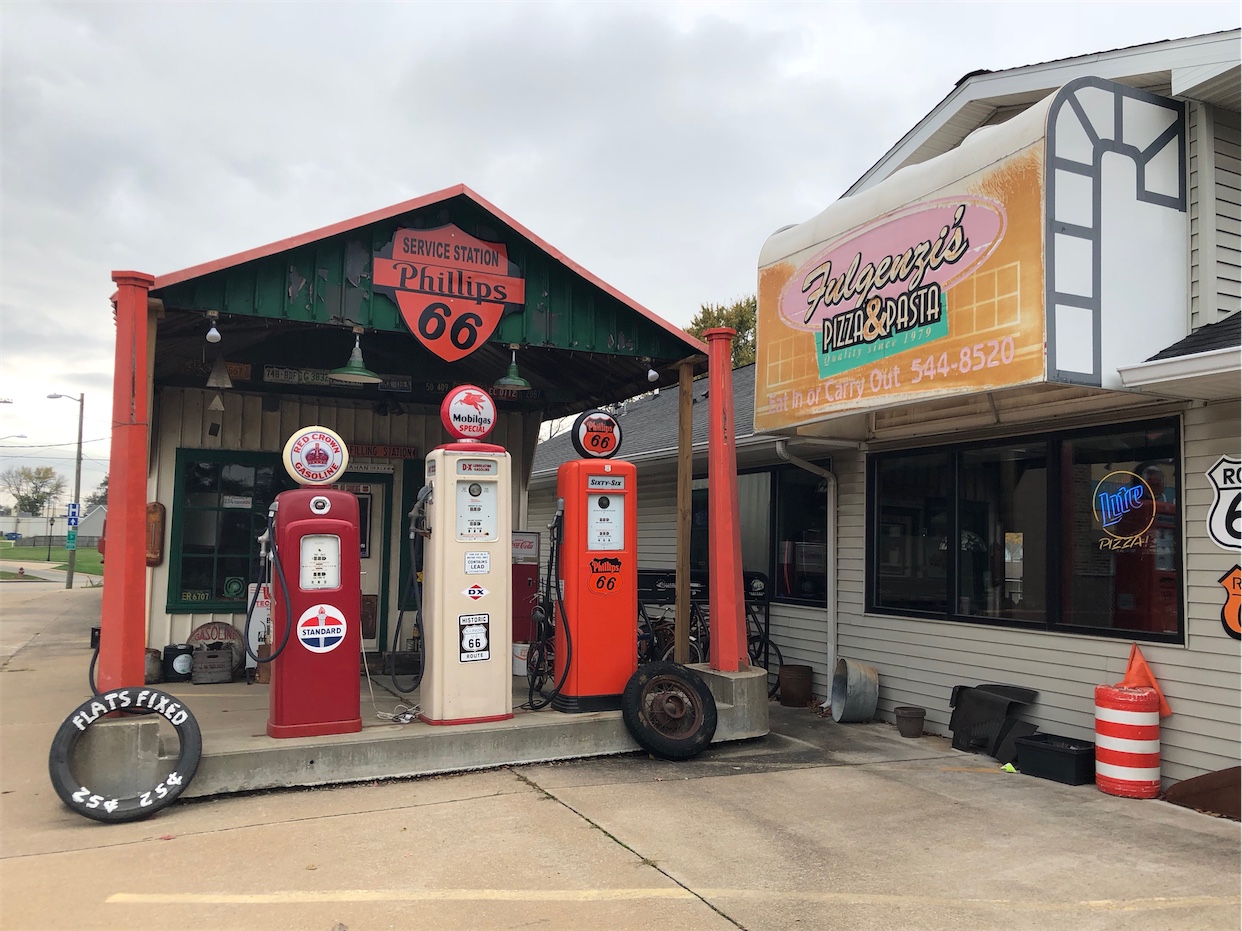 Are you sure you’re not asking how long it would take to drive Route 66?

If so, please read up on how long it takes to drive Route 66, as in the case of Route 66 you need far more time than the distance would suggest.

The length of Route 66 for those interested in the academic number is more complicated than just a single number.

First of all: different sources will give you different numbers.

There are reasons why not all but one of these numbers are wrong:

In the end, to even get to a single number, the least we need is a date on which to focus. And we need to allow a reasonable margin of error in that number at the same time.

What we have done is used measurements made by Stefan Joppich based on his research on where Route 66 ran throughout the years and added up the amounts per state for three different years: 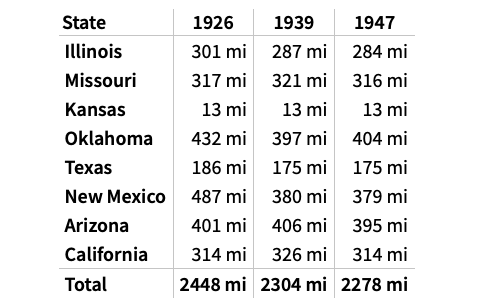 You cannot drive any of these alignments anymore. All of them have missing sections, have been cut up by missing bridges, interstates, etc. requiring you to mix and match between the different alignments and even some connecting roads to make your pilgrimage on Route 66 today. In the end: you’ll drive a much longer distance if you try to cover it all.

The number of 2448 miles (about 3940 km) is the easiest to get people to rally behind. Additionally, it matches up with surveils done in the 1920s.