How do I stay safe while on Route 66?

FAQ How do I stay safe while on Route 66?
Back to FAQ overview 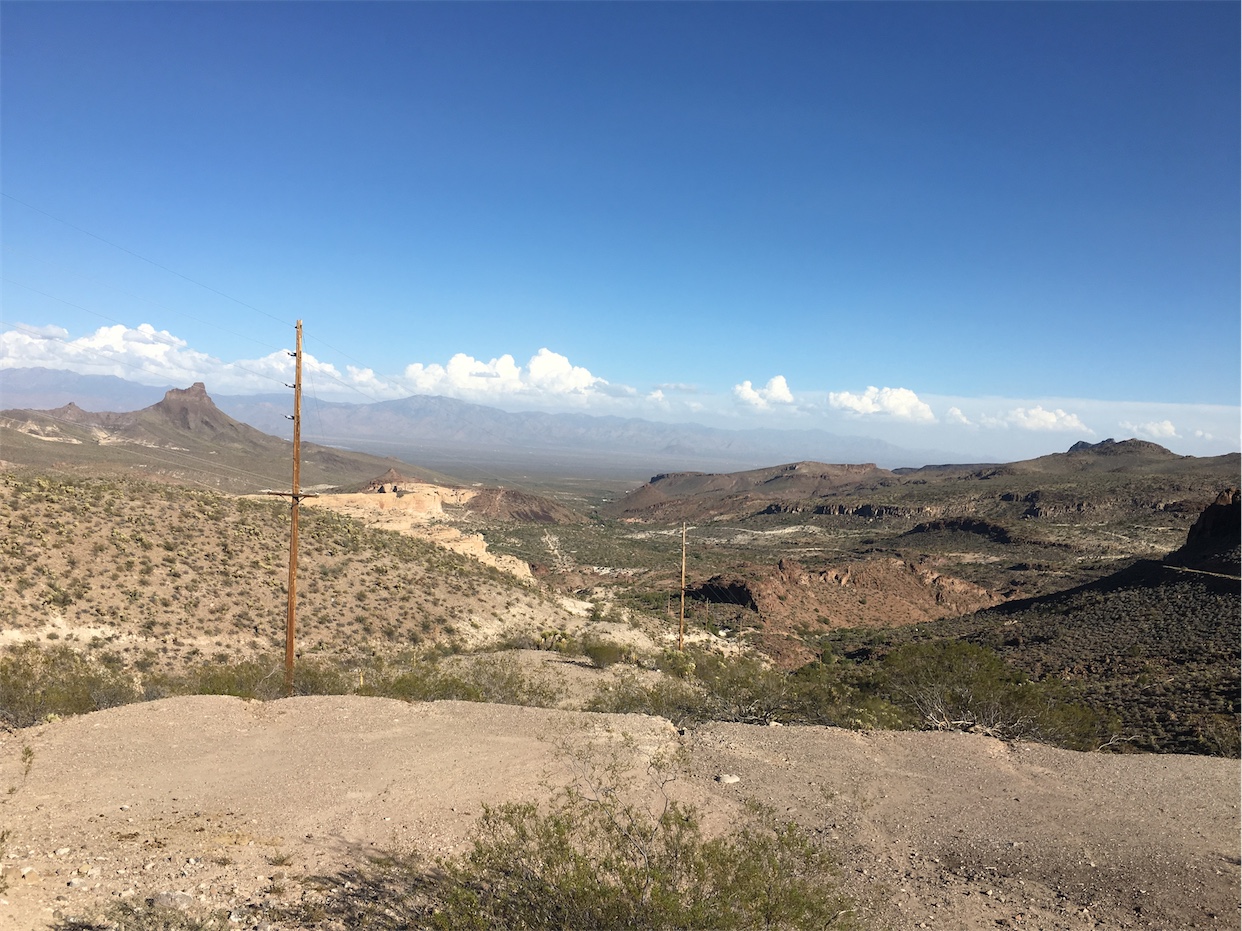 How do I stay safe while on Route 66?

First and foremost: there is no 100% safe. It just doesn’t exist. There is always some risk involved, and depending on your risk appetite, you might want to take on more or less, and should prepare accordingly.

Please know we wrote this article with those who like to take some risks in mind. Do not let it scare you out of your trip of a lifetime.

If you get in trouble

Should you encounter serious problems: CALL 911.

For those who like to venture off the beaten path

The remainder of this document is written to help you know the dangers and try to point you to plan to avoid the worst of it.

If you’re merely going to drive in a car on nicely paved roads, most of what follows is going to be over the top.

But if you’re the type that will crawl through bushes, jump a little creek to snap a picture of a long-forgotten artifact and you’re not used to the local conditions, you might need a few warnings, so read on.

Consider a safety net when you intentionally take risks

Consider a safety net when going into desolate areas such as the desert: If you don’t call-in before a given deadline, have somebody who knows your plans in detail call 911 on your behalf. This way -even when you can’t call for help- those who can help get notified you didn’t perform your agreed upon “I’m safe”-call on time.

The one you rely on doesn’t need to be local to where you are. You only have to trust them and not forget to let them know that you’re OK.

Nature is most probably your biggest threat if you are unprepared. Especially if you go off the beaten path, you should be prepared, ready to deal with the issues you might encounter.

There are quite a few people every year who get into serious trouble in the desert because they do not heed the warnings about the extreme heat in the desert.

There are too many examples of people dying near Amboy crater after they underestimated the hike to the crater in hot weather. Don’t be the next victim!

Do not enter flooded parts of a road. You cannot see how deep the water is, nor in what condition the road underneath is. Stay safe and take a detour instead.

In areas that see little to no precipitation, there’s a risk of flash flooding. You might well be standing in a (dry) creek that can transform into a raging stream if it rains somewhere in the mountains far away. Even if you’re unlikely to pitch a tent in the middle of its path while on a Route 66 trip, it still can make life quite difficult if your (only) way back out to civilization is now cut-off by a stream that was not there when you drove in.

They hit the news big time and are quite capable of causing severe damage. But they are very localized, so the chance of accidentally running into one is very low.

The terminology used in the US includes watches and warnings:

You can’t do all that much at all. Should you be in the -small- area that has sustained significant damage by an earthquake: follow the instructions.

If you’re not in such an area -and even if you are in a city that should get hit, you’re more likely to be outside of the affected area than in it anyway-, stay away from the damaged areas and let officials do what they are trained to do.

Don’t forget to put the folks back home at ease if you’re OK. Otherwise, they’ll assume the worst.

Venomous animals like snakes, scorpions, spiders are what most think about most in this category. And you do need to be careful with disturbing rattlesnakes etc. But there are other, less commonly sighted dangerous animals out in the wild. E.g., there’s a population of black bears in Missouri. And then there are those that carry diseases or can cause serious discomfort to us humans.

Let’s assume you’re not going to eat anything you found in nature, and instead visit the fine dining experiences that Route 66 offers.

Still, some plants can harm you. Poison ivy, poison oak or poison sumac can be found in most regions of the USA and can cause extreme reactions in some.

“Leaves of three, beware of me.”

Traffic can be dangerous. We all know that, but sometimes you see people take extra risks on Route 66 because they either want to see or do something on Route 66 or because they’re just unaware of the dangers involved it seems.

We have a separate FAQ entry for those from outside of the USA.

Our reliance on our vehicle

It’s quasi-impossible not to rely on our vehicles, but when leaving the more commonly used paths, we need to be ready that it might run out of something essential, break down, or get stuck beyond our ability to free it again.

Our reliance on electronic gadgets

Do not solely rely on technology to keep you safe.

Remember that your phone is likely to lose connectivity in some of the more remote areas. This means you cannot call for help, but also that if you rely on it for navigational purposes, it might well fail you. The data connection on your phone is even more likely to become unusable in remote areas than the voice connections.

Heat and electronic devices of any kind are also often incompatible. Even if your device does not need a network to guide you, it can still fail due to excessive heat.

We all know there are bad people out there. Unfortunately, they aren’t always easy to recognize until it’s too late.

The vast majority of people who live near or on Route 66 have plenty of experience with the Route 66 tourists. They do know our slower pace, our tendencies to stop and take pictures of things they couldn’t care less for, our lack of knowing our way in places no other typical in-transit tourist would venture, etc. In general, they know 66-ers and are openly friendly to them.

If you venture into more obscure areas where Route 66 ran but where modern guidebooks don’t send you (anymore), take a bit more care with the locals as they might get far more uncomfortable with our tourist behaviors. They might be far more suspicious of you taking pictures, stopping to look at stuff, etc.

Any larger city will have worse areas than others. Route 66, fortunately, doesn’t go into most of these. In most cities, if you venture away from 66, you’ll recognize the bad areas readily from graffiti over bars in front of windows and doors, to razor wire on top of the fences.

Guns can be scary for those of us visiting from overseas or from areas where guns are scarce.
The possession of a gun is not a sign of a bad person. Some like to assert their rights, or their occupation needs a gun to keep themselves or the livestock they care for safe.
Do consider all others armed, even if you don’t see any sign of it. It’s nothing to be scared about, but you should be more careful with provoking them in traffic or otherwise. Stay calm, don’t confront, and move on.
Private property
Do not trespass onto private property. The owners are (very) protective of their property and their rights in most cases. If you trespass, you risk being confronted aggressively by the owner.
Know that sometimes all that is needed to mark an area off-limits is some purple paint marks on posts or trees.
Homeless people, panhandlers, pickpockets, etc.
They can be scary. Also, they sometimes are under the influence of alcohol or far worse products.
Keep some distance and back away from confrontations. Those demanding a handout, politely decline but don’t engage them. It’s a well-known tactic by pickpockets to disguise their contact as them begging for money.
Some cities have policies that deport homeless people who disturb the tourists too much, so while they might still give you pause, they might be relatively harmless.

If you’d stay away from all those areas, you’d not be able to live anywhere. There’s always somebody who got scared. Moreover, the condition in these areas changes over time. Sometimes the local politicians (finally) act and -together with a police and justice system- clean up problems. Bottom line: don’t believe all you read out on the Internet. Use your wits.

Some common problem areas people refer to and the situation at the time of writing: