FAQ Can I ride Route 66 on a Bicycle?
Back to FAQ overview 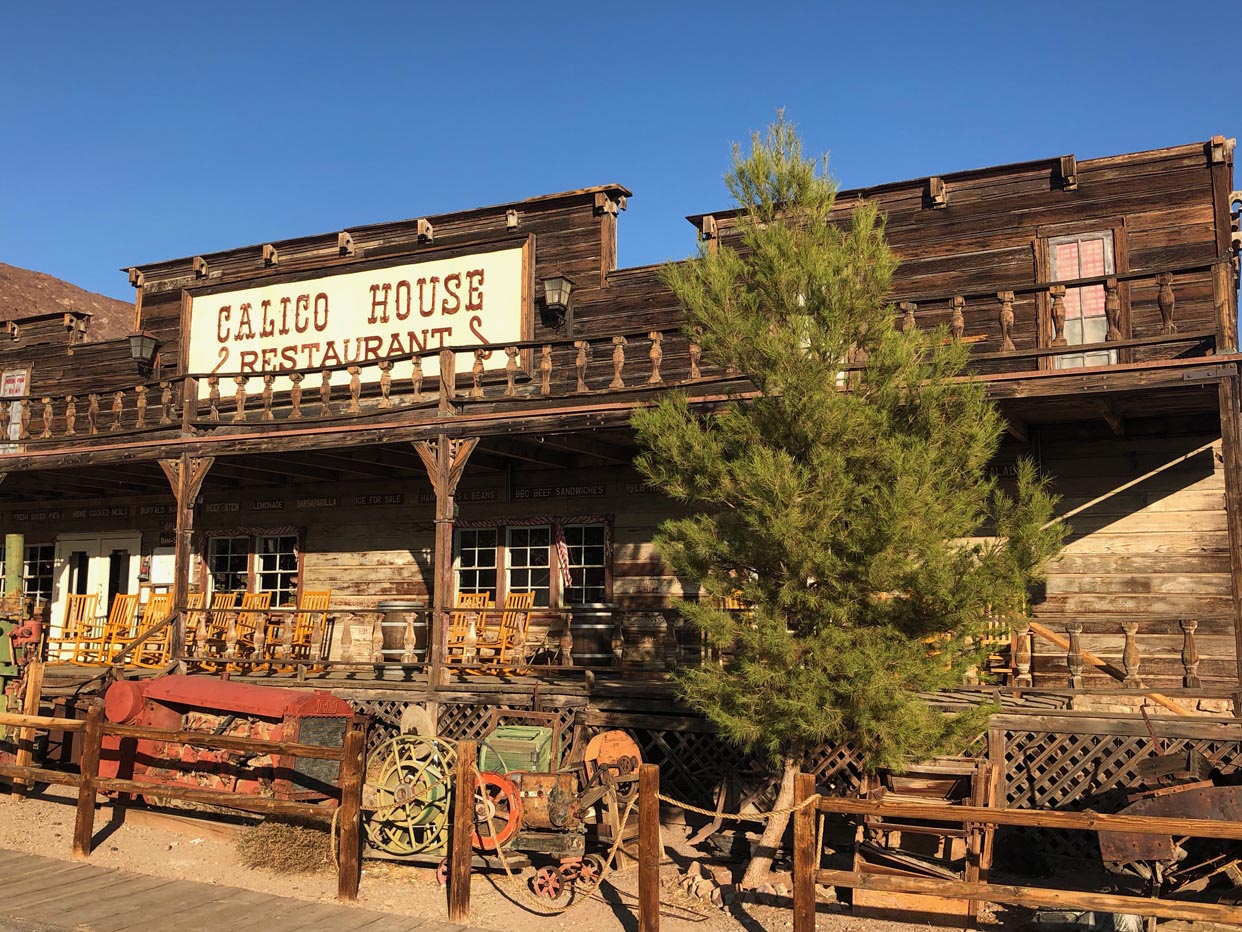 Even though the town is largely a recreation that presents a romanticized image of a ...

Most of the Route 66 travelers you’ll find online are “car people”, so they might not see your reason to do this. Don’t let them discourage you too easily but do know of the dangers you will face and prepare for them.

You’re up to a few challenges!

Neither Mother Nature, nor traffic should never be underestimated: there is real danger in undertaking such a trip.

You’ll be crossing quite some miles through the desert. While people back in the days did cross it, nowadays you can’t rely on the old (rare) water sources anymore, nor do we have the skill to find and use them if we were allowed to get to them. So, you need to carry a lot of water as there’s no resupply that you didn’t organize or plan for yourself.

Carrying enough water on foot to survive the trip is impossible. That said, on a bicycle it seems feasible. But do realize that running into trouble means life-threatening consequences. Moreover, the patrols done to find stranded people (by air) won’t see a bicycle – they look for cars (much bigger of a target).

Not so much the steep slopes (they exist, but that’s what training is for) but the altitude itself of over 7000 feet (about 2200 meters) really gets to you if you’re not used to it. Our bodies can adapt to it, but it needs more time than the trip offers. If you live at sea level, you might have to plan on going slower as the altitude increases.

On a bicycle, you’re more exposed to things like snakes, insects, aggressive dogs, etc. Be prepared for them.

In most states, it’s illegal to ride a bicycle on the interstates. It’s a bad idea to do so anyway as the difference in speed makes it unsafe.

When following turn-by-turn directions, there is sometimes mention of “unavoidable” Interstate. While that’s not true in strict terms, it will mean that you will have to endure a significant detour not to use the Interstate.

Other busy roads are an equal, if not a greater danger. Especially in or near larger cities the roads can get quite a bit of traffic that’s not always expecting a bicycle.

The portions of Route 66 that parallel I-44 in Oklahoma are also much busier, even in rural areas due to the Interstate being a toll road. Some avoid it, and there are fewer exits for the locals to get on or off of it, so they tend to stay more on the old highway.

Any place where the old road is currently maintained as a US highway or even a state highway most often means it’s busier, more big rigs, …

In select places, there’s a bike path close to Route 66. Although, unfortunately sometimes it was created by destroying a real Route 66 alignment and/or removing access to it for those not having a bicycle with them.

Still, where they exist, such paths are obvious choices but don’t expect them to be everywhere nor continuous.

Some stretches are sparse in accommodation availability. They are easily covered in a car but are significantly beyond the range of a typical bicycle. When there are no accommodations available, you’ll have to either camp out (and carry the gear!) or get shuttled out and in by your support crew.

Amount of traffic and amount of maintenance tend to go hand-in-hand. So, the less traffic a road gets, the less maintained it is going to be. In the end, you’ll need to match your need for slower motorized traffic (and the bad roads that come with it), with your choice of riding gear.

For solo riders, this means that you’ll likely need more of a sturdy (slower) bike that can carry gear, spare parts and multiple gallons of water and have off-road tires to avoid punctures on less than smooth roads.

For groups with a support vehicle: they might still find a way to use the faster road racing bikes as the support vehicle can protect them (to a degree) from traffic and remove the need to carry things on the bike.

How to reduce the danger:

Sure! Others have done it. Just don’t underestimate the dangers involved and come prepared. E.g.: Pictures of a group of 4 cyclists (with a support vehicle)

There’s a set of maps designed for bicyclists on Route 66 published by Adventure Cycling Association:

Adventure Cycling does organize a guided, van-supported tour along Route 66. It’s not done all that often, but it’s a way to get a group of like-minded people, a support vehicle, and experience all in one go.